Heroes of Might and Magic Series- a Retrospective Part 1 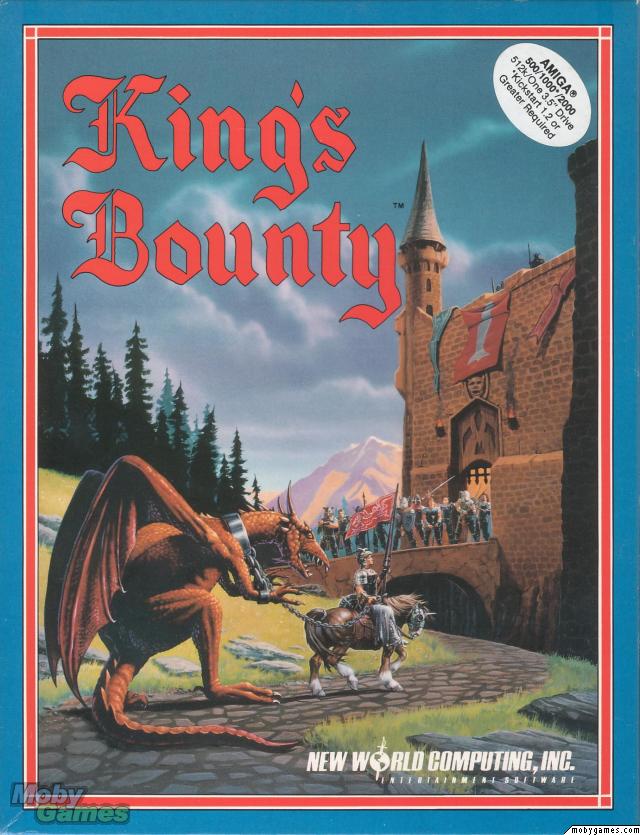 The year is late 80s. Gaming industry has long recovered for the infamous video game crash of 1983 with Nintendo single handedly gave the video game world a push straight to the top. King of Fighters was dominating the arcade and kids around the worlds were passing out the famous Konami code to beat Contra. Button smashing was the norm with arcade machine screaming for mercy but can’t stop gulping quarters and coins.

Compared to the power of console gaming and the arcade, PC games were in their infant state. New World Computing Inc, a medium side American game developer company, tried to break into the mainstream. With the funding and resources from their previous successful role playing game: Might and Magic, they were ready to start building and empire that will forever change the face of PC gaming. In 1990, King’s Bounty is born.

King’s Bounty is best classified as a hybrid turn-based RPG game. The game sets the classic western fantasy world with noble knights, vicious dragons, damned necromancer and gracious elves. Player picks one of the 4 available heroes’ classes: Knight, Paladin, Barbarian and Sorceress. He/she will accept a quest from the king to retrieve the lost Scepter of Order.

The game world is very large expanding to 4 big continents. Player will explore everywhere to do smaller quests and uncover the clues of where the Scepter is. During their quest, you will encounter and recruit mystic creatures to join them , clear dungeon, besiege castles and eliminate bad guys. You know, the usual fantasy stuff.

Each hero class has separated attributes and they will improve as you level up:
•Leadership: Determinate how many creatures that he /she can control. If you have less leadership than the amount needed to control your troops, they will deflect and become uncontrollable
•Commission: Amount of gold the hero receives every week.
•Spell power: Determinate how strong his/her spells are
•Maximum spell: determinate how many spell the hero can have.

King’s Bounty influence on the heroes of might and magic series is undeniable. There are many features that has become stable for the series for the next twenty years to come.

Whenever your hero encounters an enemy on the over world map, the game switches to a battle field screen and the turn-based battle begins. Player is given a chance to move all his/her units and then the computer will have its turn until one side is eliminated.

For the first time, King’s Bounty introduced the \”stacks\” concept which becomes the trademark for the whole series. You can combine many creatures of the same type into one whole squad. Even though the squad is displayed as only one sprite in the battle field, it actually has the power of the numbers you used to make that squad. This allows player to control an army of thousands easily.

Troop types are different from one another, not only in battle stat but also abilities. Dragons are immune to magic, vampires can come back to life by slaying enemies, elves has\ve ranged attacks and so on . There are over 30 types of troops and some of them will become familiar characters in the sequels until today.
During the quest, the heroes can collect artifacts which they can carry to enchant their magic and battle abilities. They can also gain experiences and get stronger and stronger every battle.

King’s Bounty was a extremely ground-breaking and original for its time. Up until that point, the world has seen anything like this before. However, originality is not popularity. The game was not a massive hit but profitable enough to be ported to the Genesis game system. Even though it failed to break into the mainstream of gaming, King’s Bounty quickly acquired the cult’s classic status which many devoted fans. Until today, there are still people like this guy who make videos about a game that is almost 20 year old. It planned the first seeds for most popular turn-based strategy game series of all time and will never be forgotten.

The Scepter or Order.

There as a board game made in 1991 to cater to the fan base. Last year, Atari released King’s Bounty: Legend as a complete remake of the original game for PC system. The quest for the Scepter may has ended, but the legend just had began. Join me next time for the second part of the Heroes Of Might and Magic – Retrospective. We will discuss Heroes of Might and Magic 1 and Heroes of Might and Magic 2, uncover the fate of New World Computing and how it has changed the child hood of millions players.